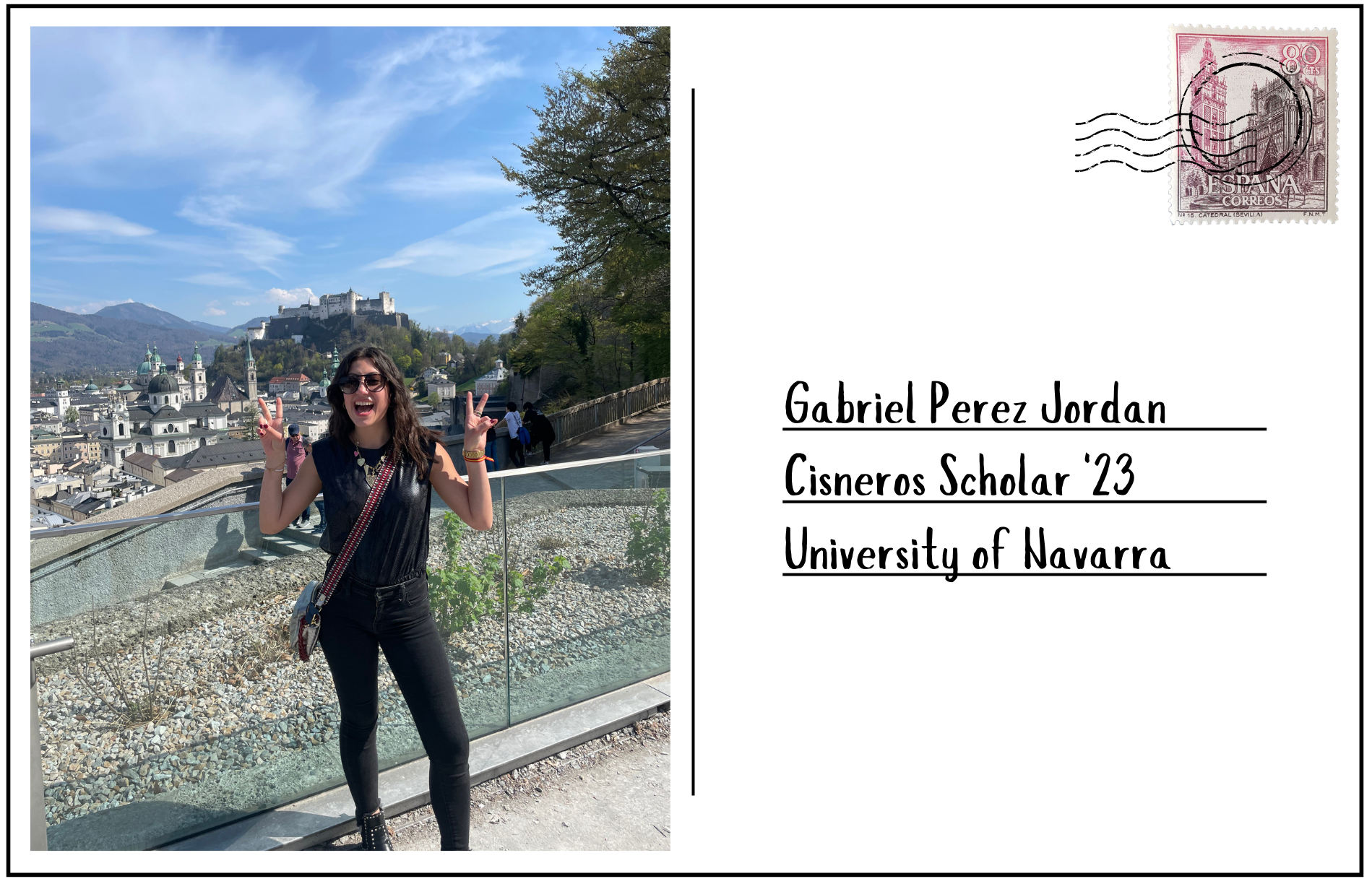 I was very fortunate to have had an upbringing abroad. While I was born in Puerto Rico, I grew up in the Dominican Republic, Canada, and Peru before coming to the states my freshman year of high school. Due to this experience, I had grown accustomed to moving to new places, getting to know different cultures, and exploring the world. I was able to see early on the richness and value there was in travelling and getting immersed in different cultures, which was why before I even knew what I wanted to study in college or where I wanted to go to school, I knew I had to go study abroad. Since I had always moved with my family to these places, I really wanted to experience doing it on my own!

One of the biggest things in my bucket list was travelling all over Europe while I was abroad. When I first arrived, I had no idea how I would pull it off due to finances, yet I am so grateful I managed to go to 15 different cities I had never been to before. My cousin came to visit me during my spring break and we spent 17 days traveling Europe with only a carry-on! That was definitely a girls trip we had always dreamt of doing, so it was a huge highlight of my time abroad. One of the most surprising things we saw was the city of Salzburg where they filmed the Sound of Music. The mountains were beyond spectacular and took us back to when we watched the film as kids. 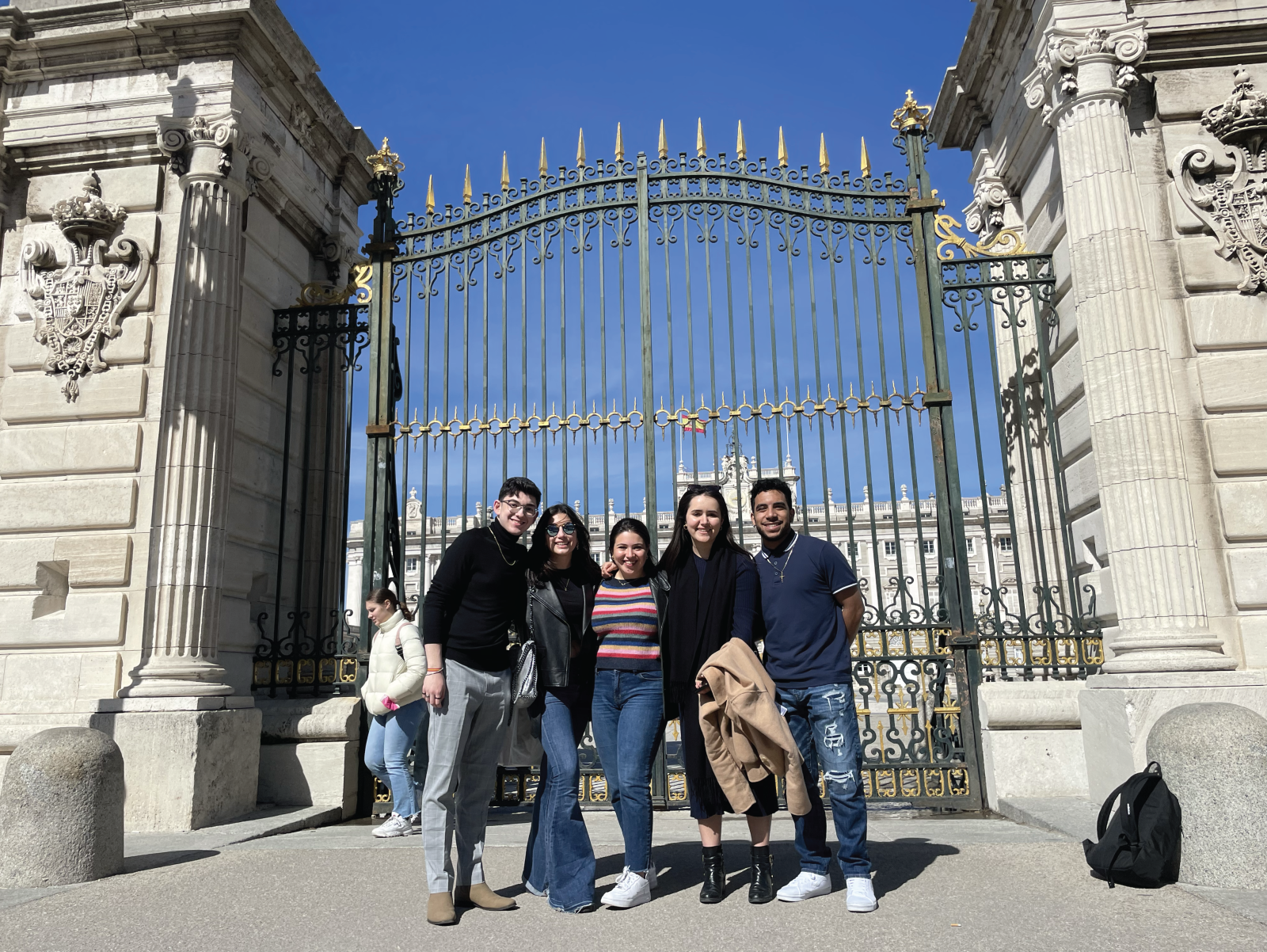 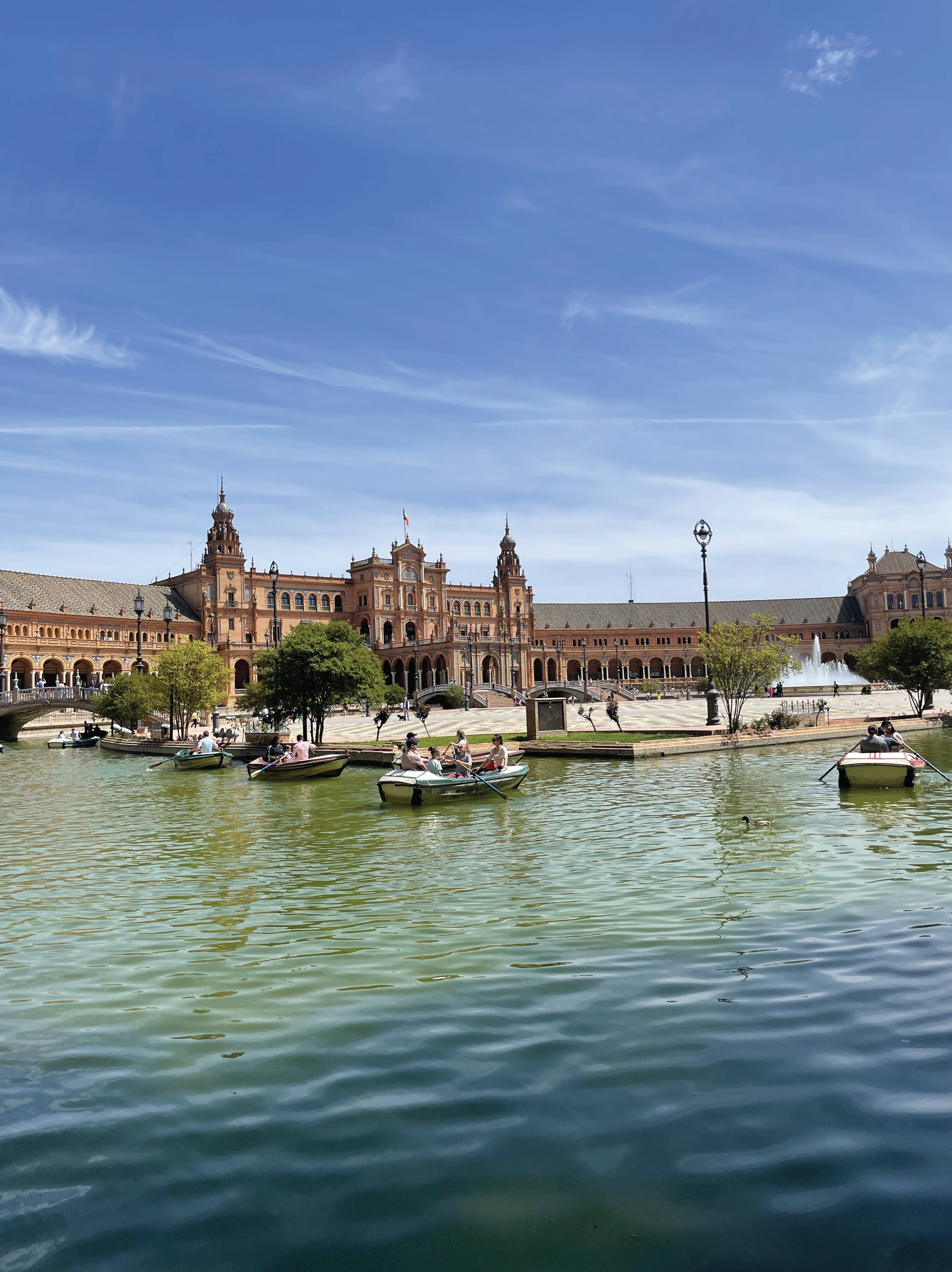 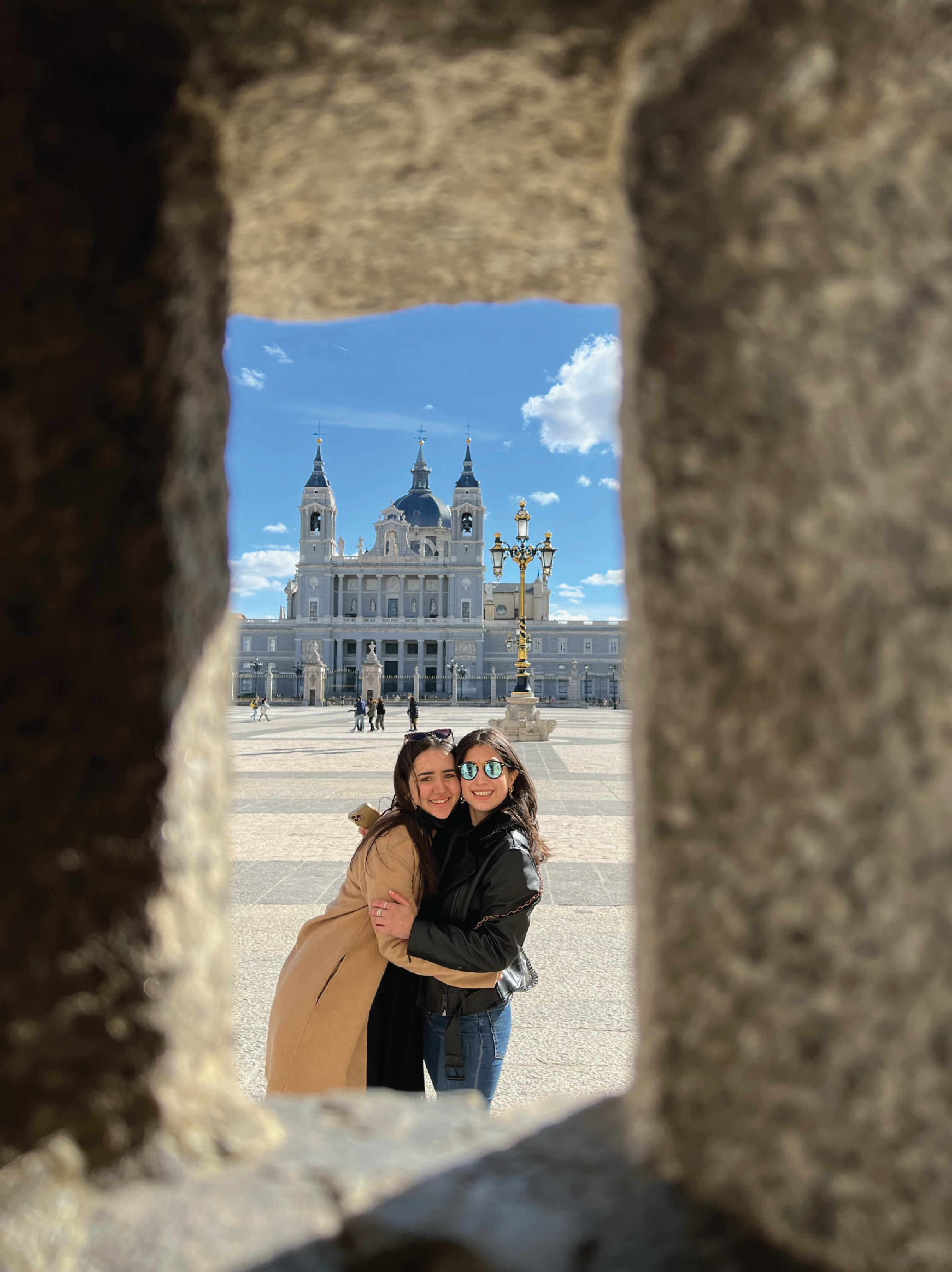 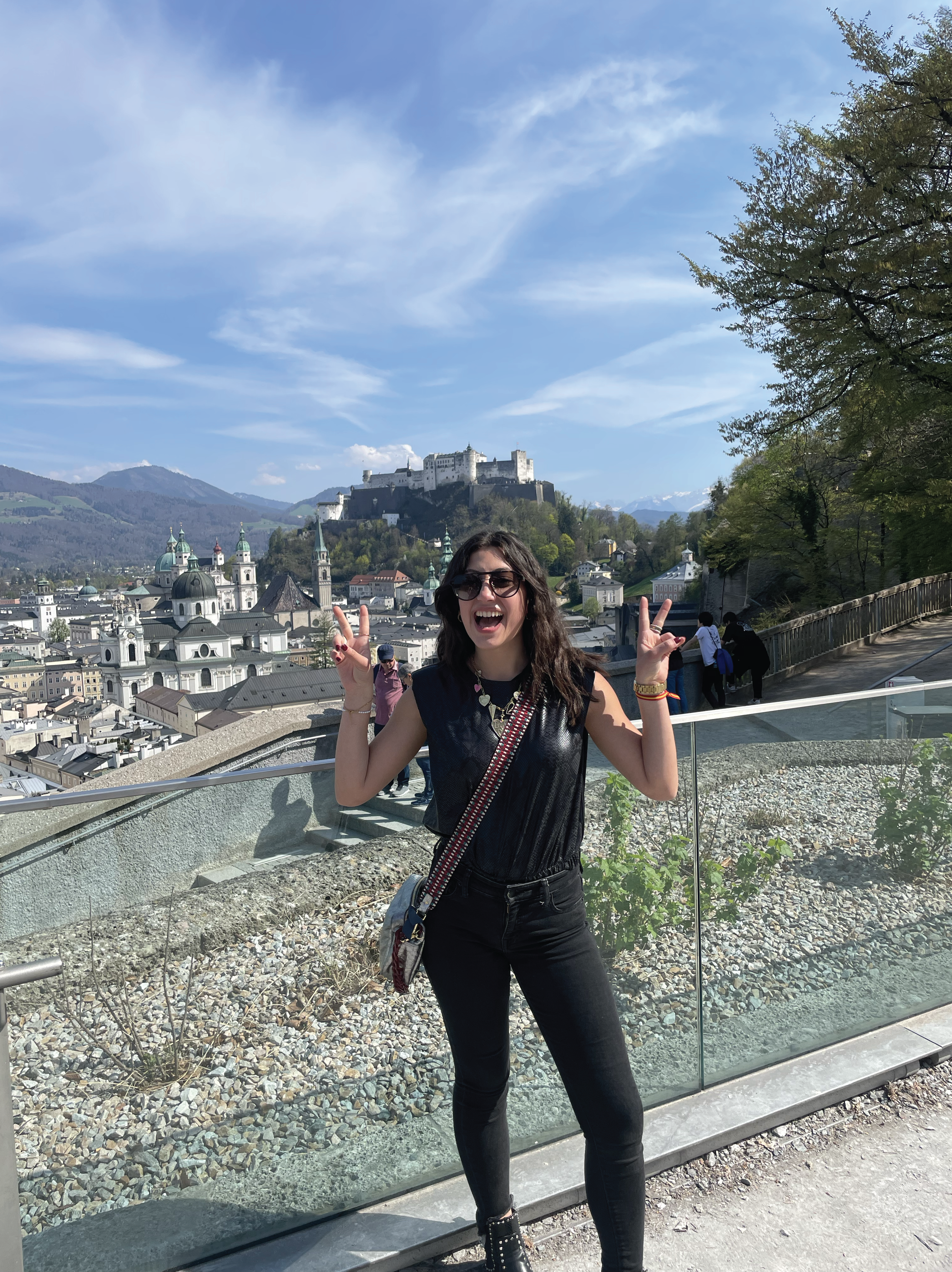 The hardest adjustment was definitely the time difference! I was six hours ahead of all of my family and friends. I had dealt with distance before, but never the time difference. It took me a while to get used to waking up and having everyone you know be sleeping until like 3 or 4 pm, especially when I first got to Spain and did not know anyone. Also, everyone always wanted to FaceTime me and call me right as I was going to bed, so I couldn't speak for long. It made keeping up with people hard, but eventually I got used to it and even grew to enjoy it! At first, I felt really lonely, but then I gained so much independence and truly learned how to be by myself. I grew in unimaginable ways and became comfortable in being alone, traveling alone, and just hanging out by myself. Overall, it was one of my favorite things about studying abroad!

Best experience of your life :)

Unless you are unable to study abroad due to very specific and unique reasons, I say DO IT. And don't let finances be one of those reasons. If you prepare well, plan ahead and seek the right resources, you will be able to accomplish your goal of studying abroad. Some programs are often cheaper than staying in D.C.! And, like that trend on TikTok, you can make your money back again, but you can never relive experiences and you most definitely will never be in your 20s with your friends exploring a new city with very little responsibilities ever again. So yes, the time is now so do it! And if you need any help planning, preparing or have any doubts and questions, feel free to ask me!

Gabriela Perez Jordan is a fourth-year Cisneros Scholar majoring in Communications Studies. She is originally from Puerto Rico, but now calls New Orleans home. Gabriela’s views are her own and not necessarily reflective of the Cisneros Institute.